We are specialists for plant and container construction. For the specific requirements of the food and beverage industry, the pharmaceutical and cosmetic industry as well as the chemical industry, we are reliable partners for the construction, extension, conversion and refurbishment of plants or components.

Our experts are happy to come to you to plan your process plant together with you. Good plant design is the best prerequisite for fast and precise production and assembly.

For a smooth and expeditious process of assembly, we use our own, trained specialist personnel. State-of-the-art production, welding technology, endoscopy in the factory and on site, quality control and, last but not least, quality-conscious employees are our guarantee for high quality and optimum service. 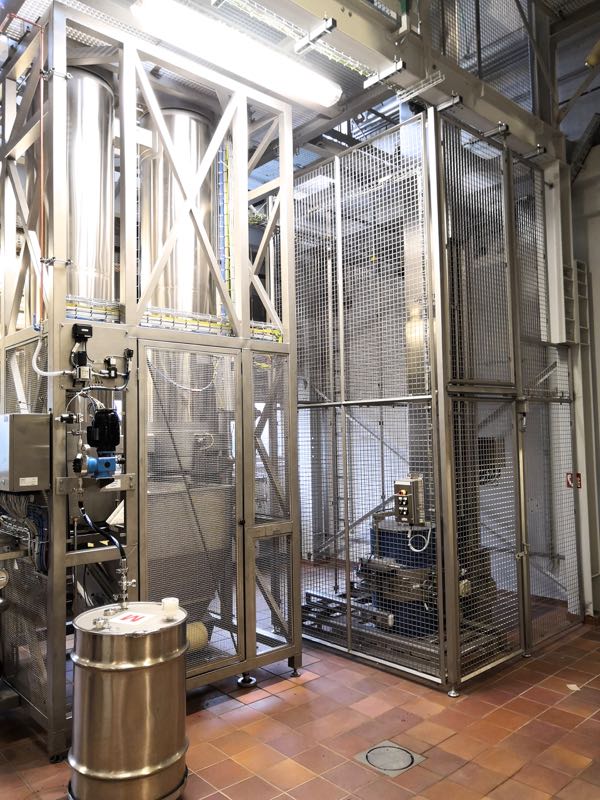 The task of the customer was to develop a steam distillation plant that extracts the active ingredient for the production of ointments and medicines from special leaves. The installation of the system is located in the EX area (potentially explosive area). In the planning and in the engineering an R + I scheme was created with the dimensioning of the pipelines and fittings. The mass flows were determined and calculated. Empl-Anlagen created a layout drawing with the on-site steel structure and the media supply lines. In engineering, an ATEX concept, safety concept (risk assessment in accordance with the Machinery Directive), CIP concept, determination of the degree of automation, interface clarification, creation of the functional description and control matrix were created.

Part of the scope of supply also included product promotion. The customer holds the product in 200l barrels, so we decided for a drum lifting and tilting device that promotes the barrel up and tilts a closed screw conveyor with automated lid. The screw feeds the product into one of the two columns, which is then closed. About a secondary steam generation (pure steam generator), the regulated pure steam is fed into the column. The condensation takes place via a controlled tubular heat exchanger. The final product flows into a storage container for further use. The leached leaves are tilted by pivoting the columns on a conveyor belt and conveyed into a container, fed to the biomass. Subsequently, the screw, column, tube heat exchanger and piping is cleaned. The plant was largely automated. As far as possible, the system was set up and tested for the FAT. Afterwards, it was dismantled and placed on site with our experts in the existing building or steel construction. The system was assembled, put into operation mechanically and laid the media lines. The control cabinet was set up and the electrical installation was carried out. After installation, the system was commissioned in cooperation with the customer and the staff trained. 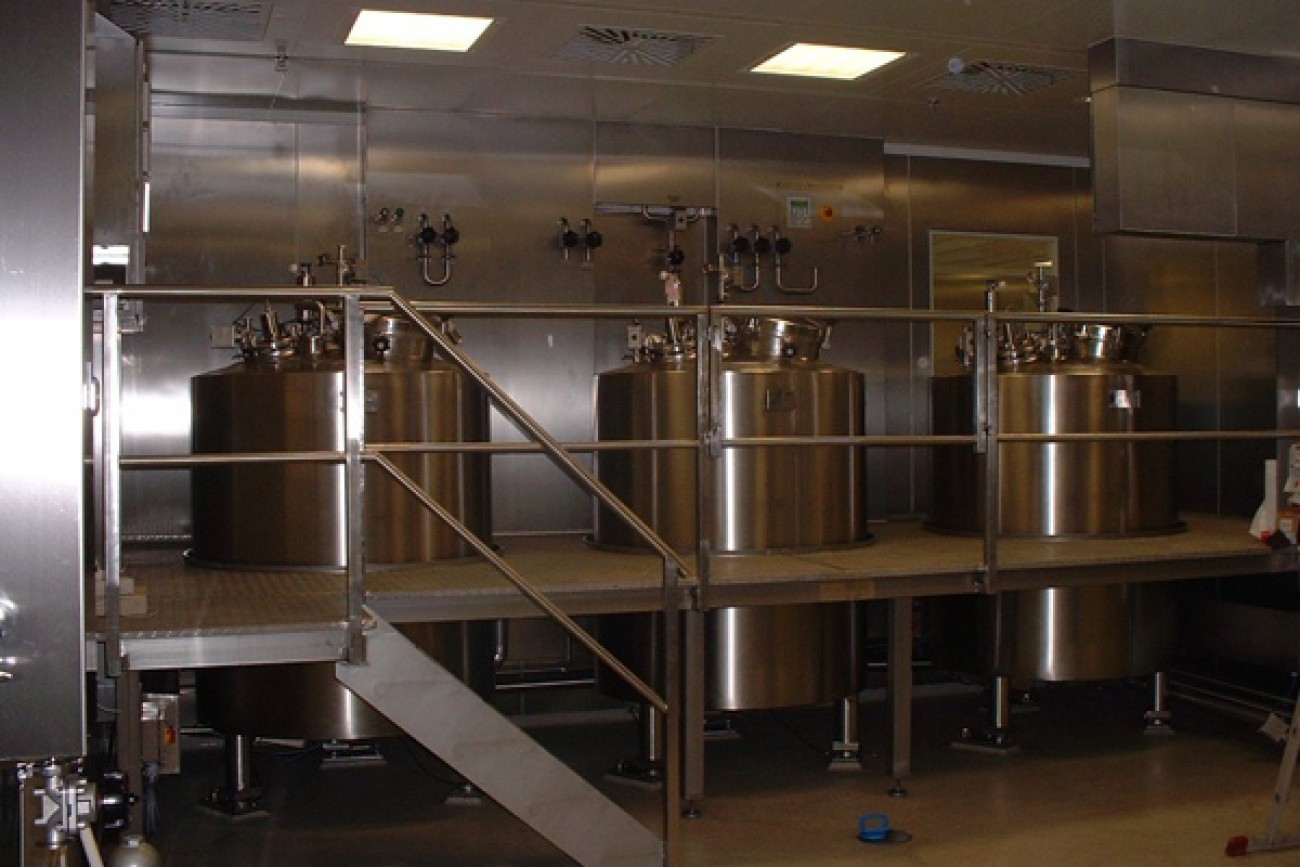 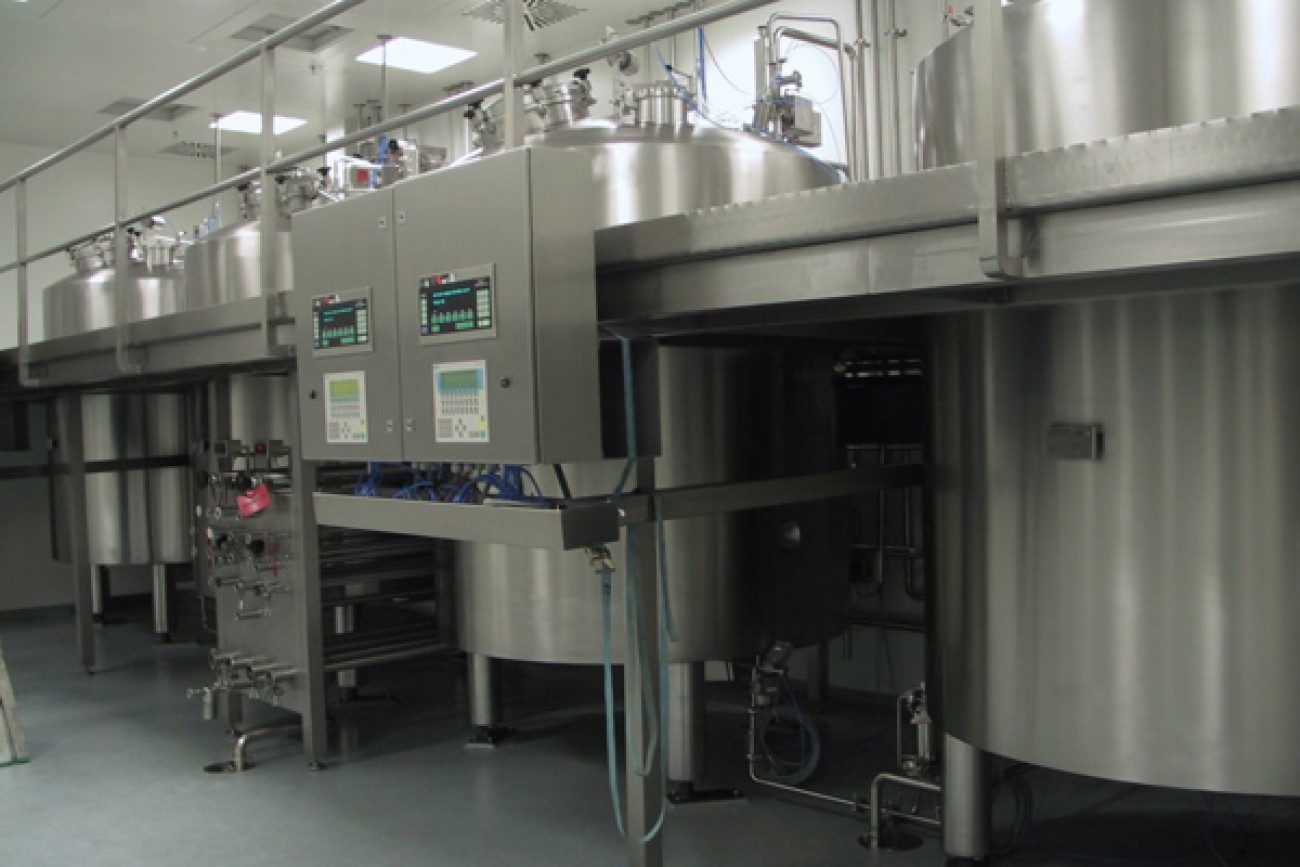 With control and visualization

With control and visualization 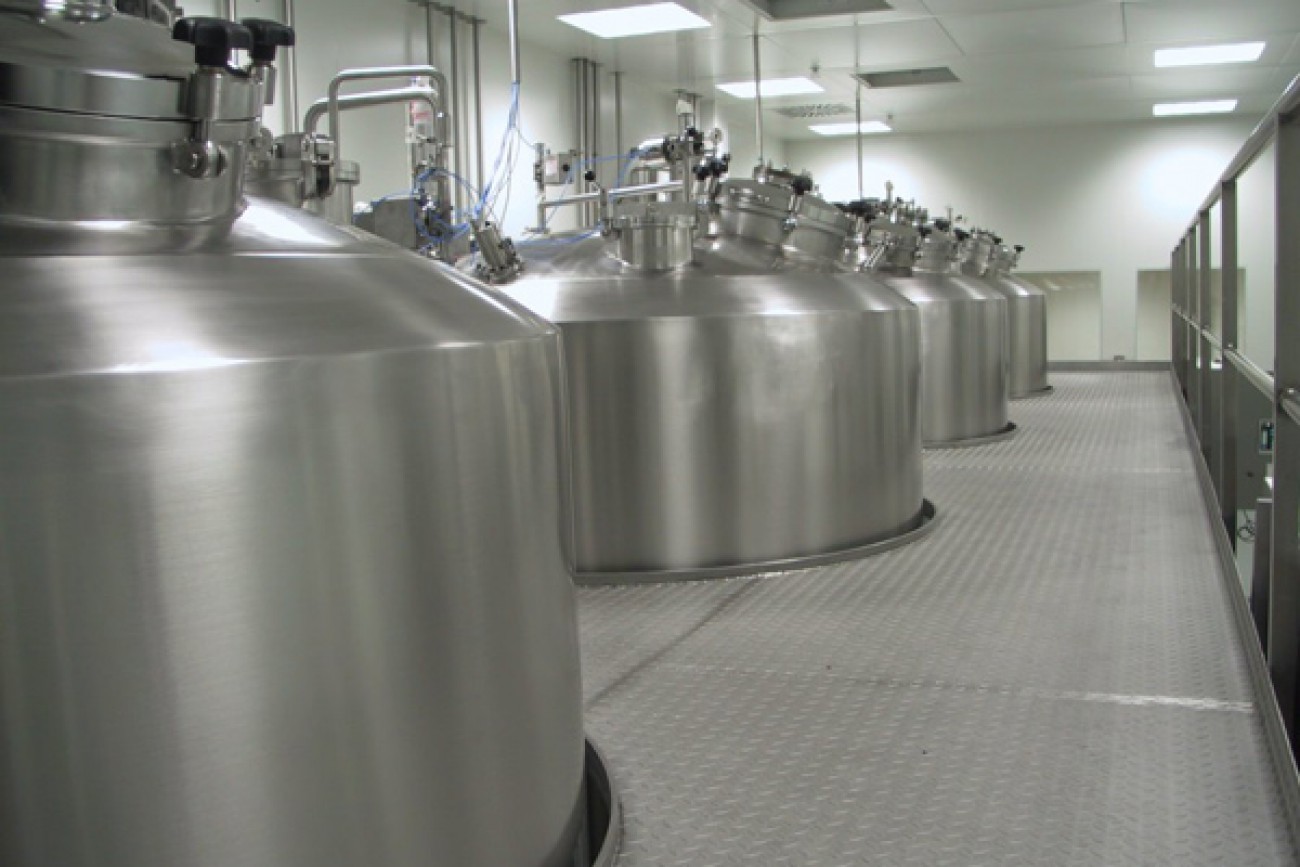 Standing on a weighing system

Standing on a weighing system 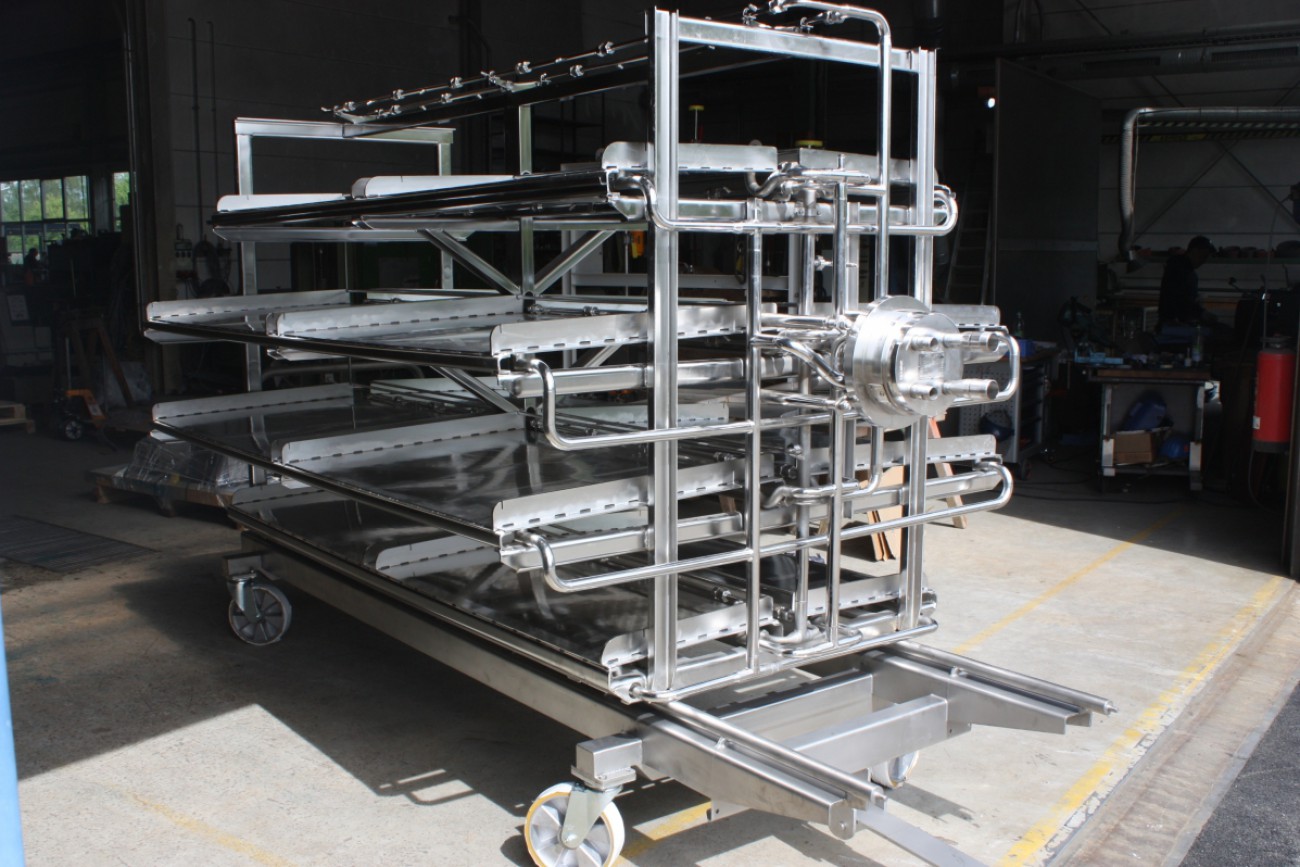 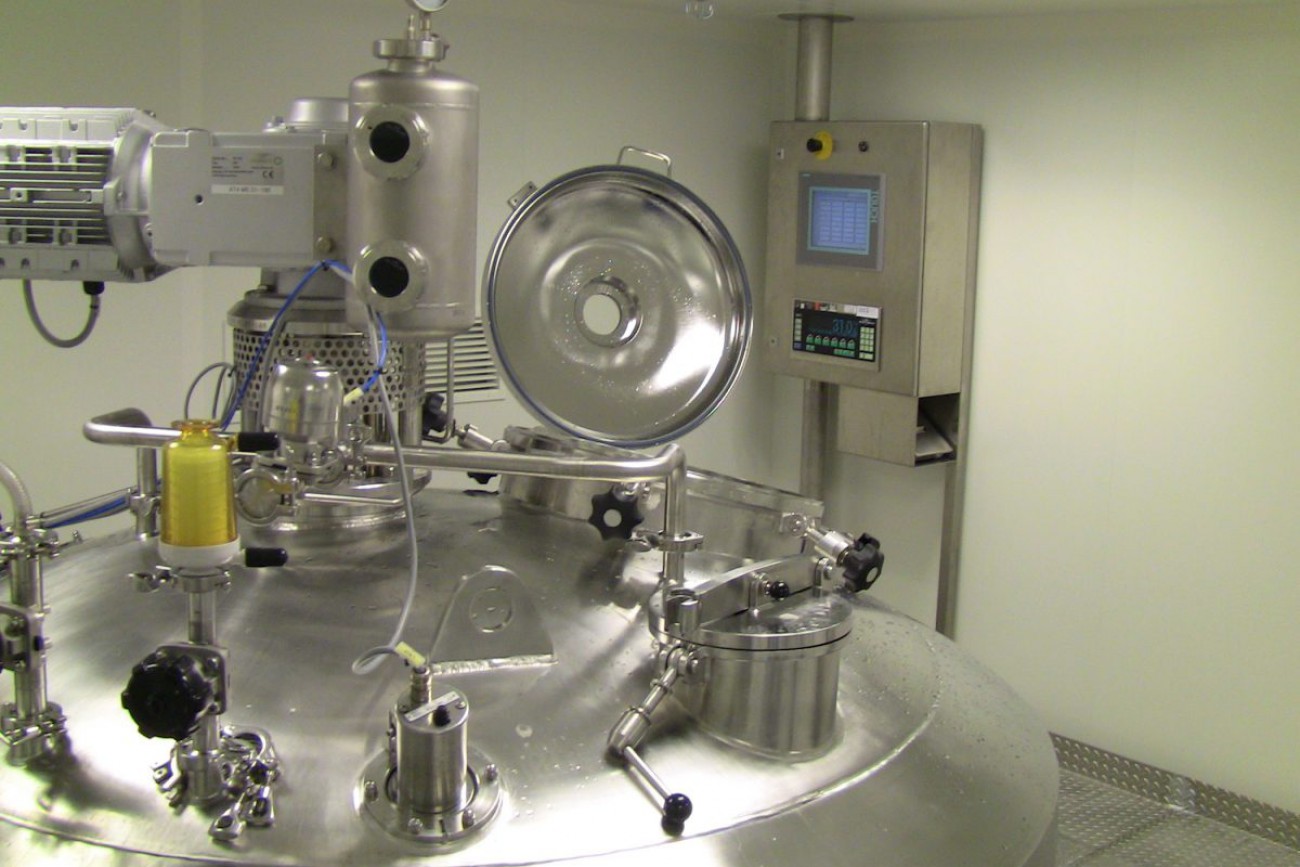 Tank and control in the background

Tank and control in the background 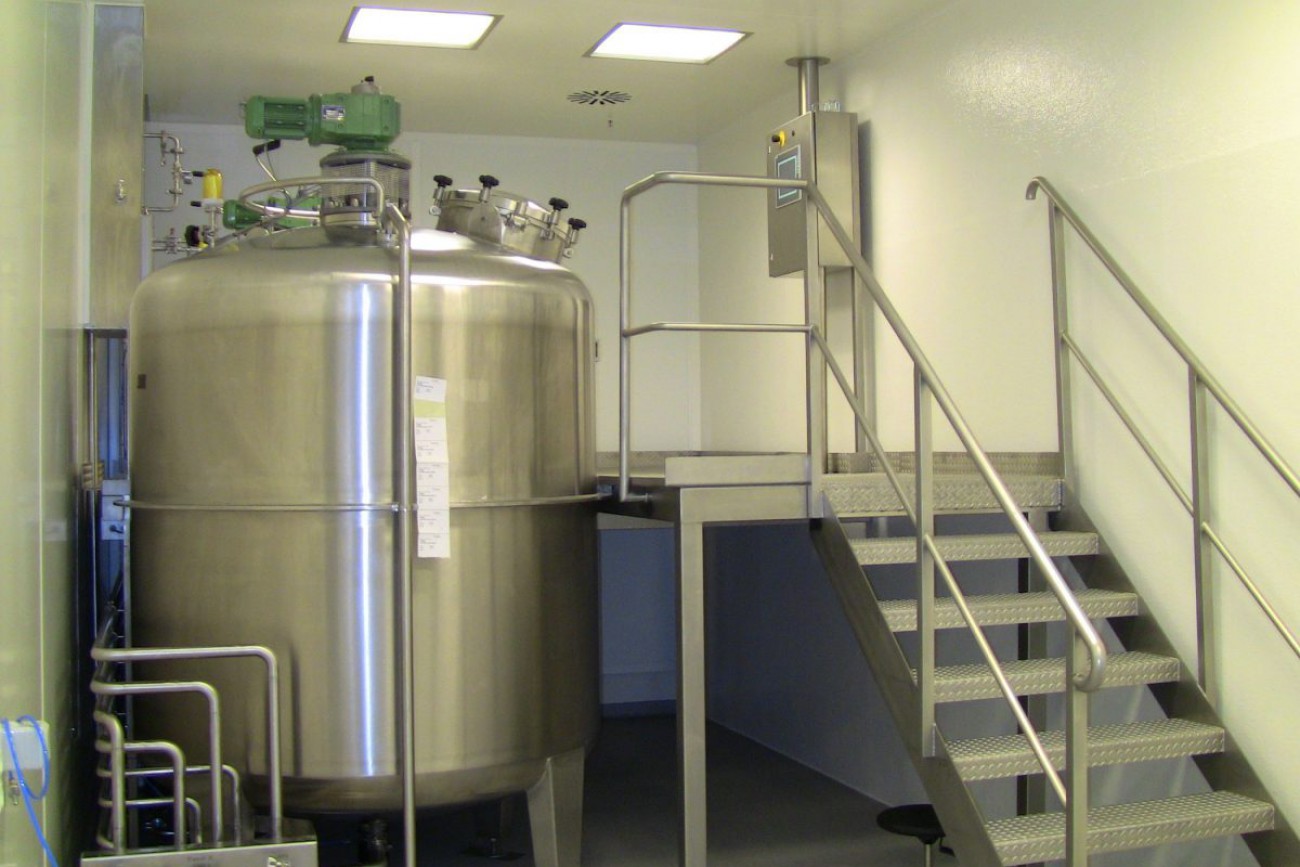 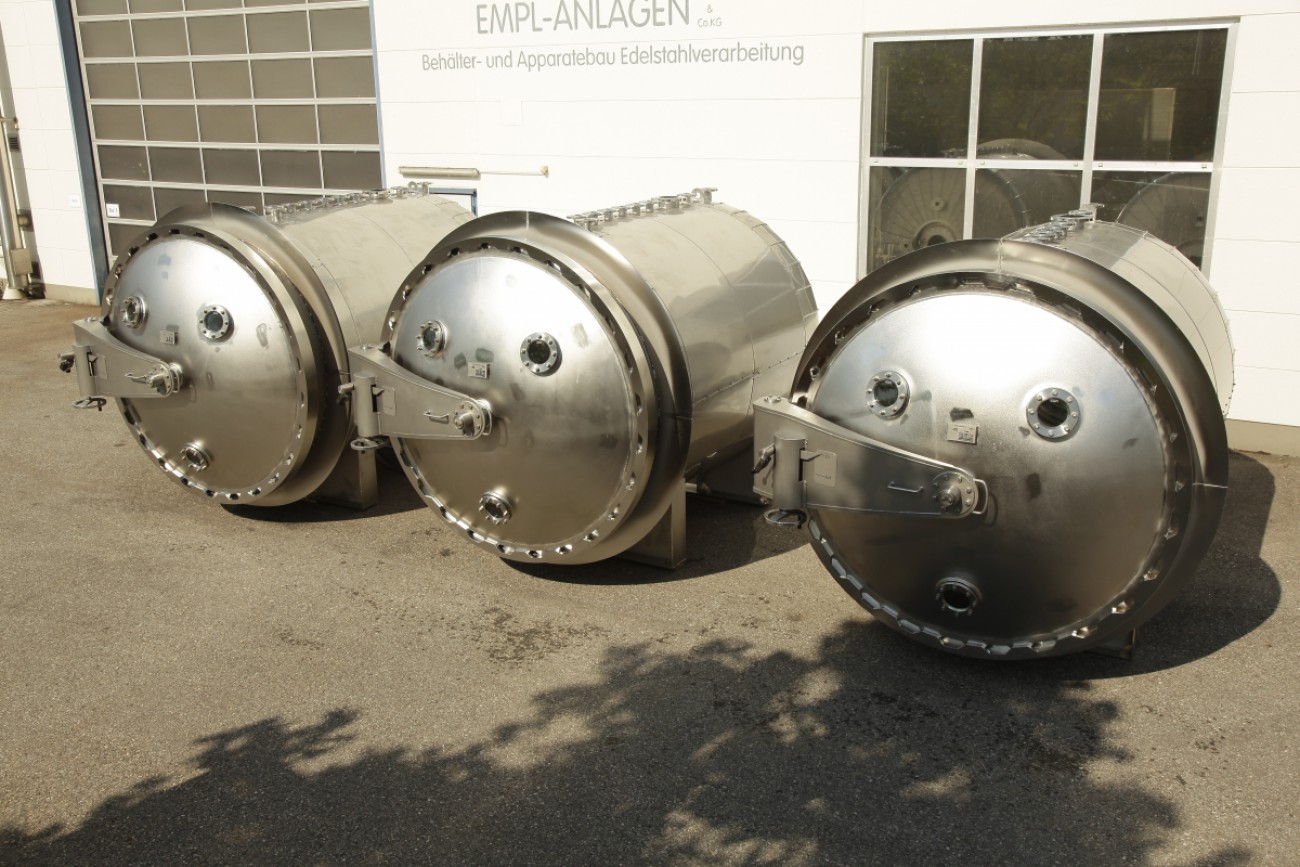 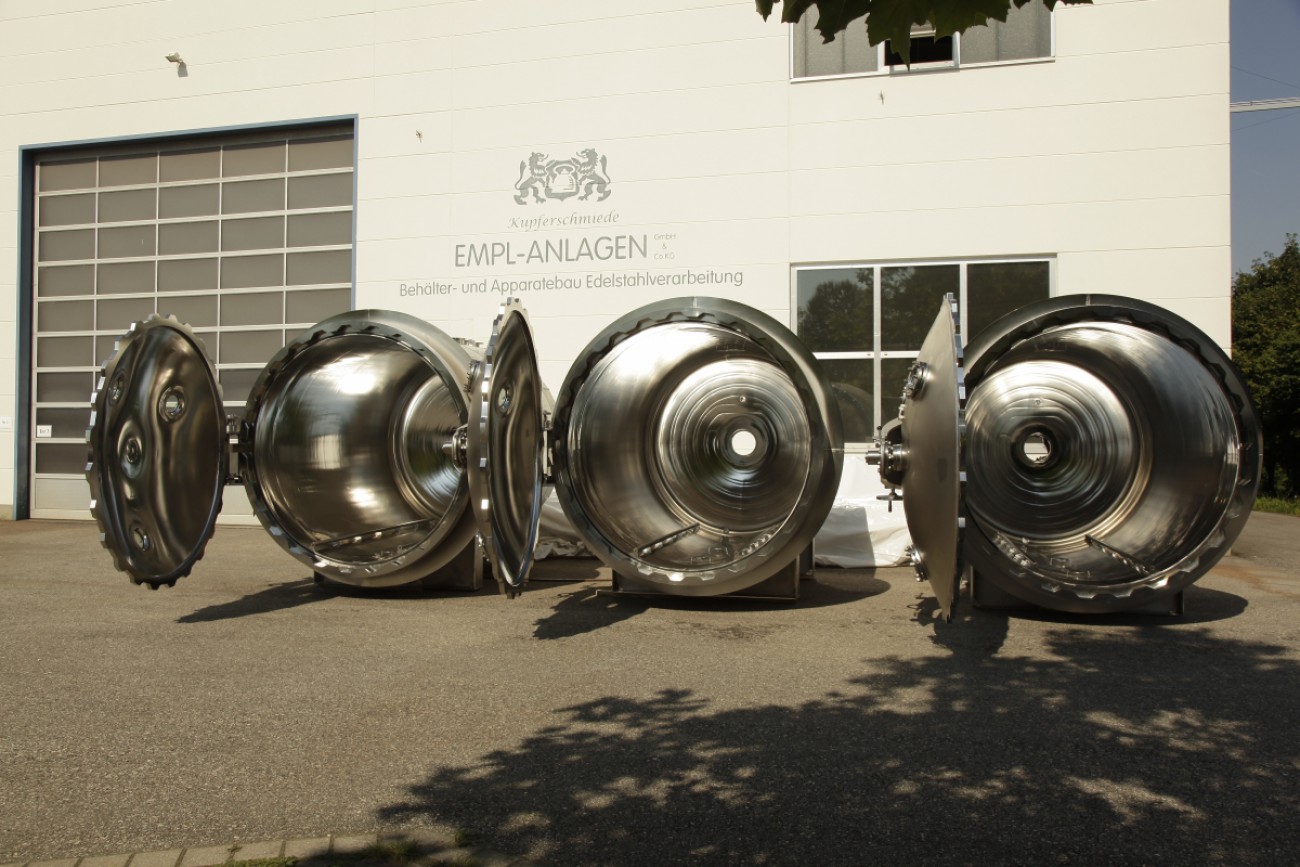 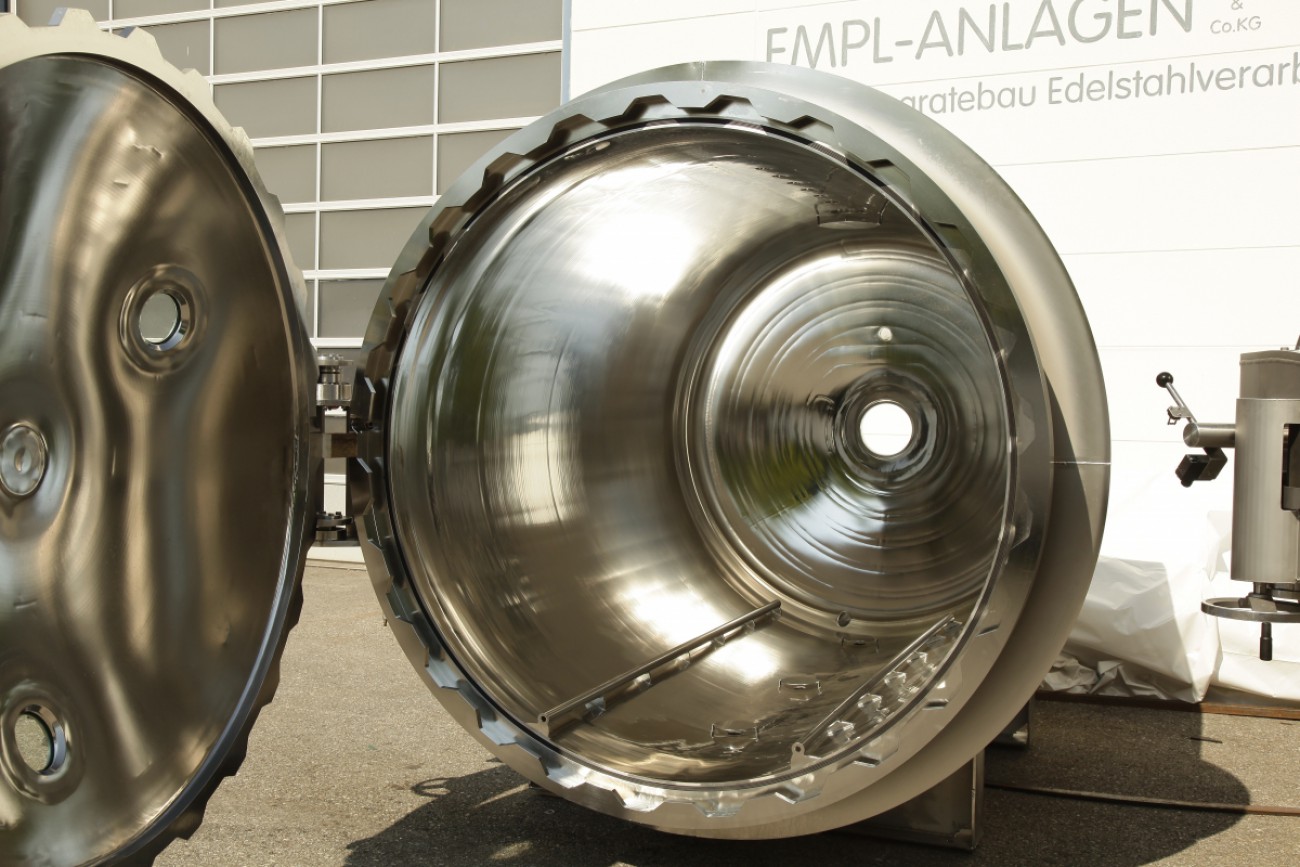 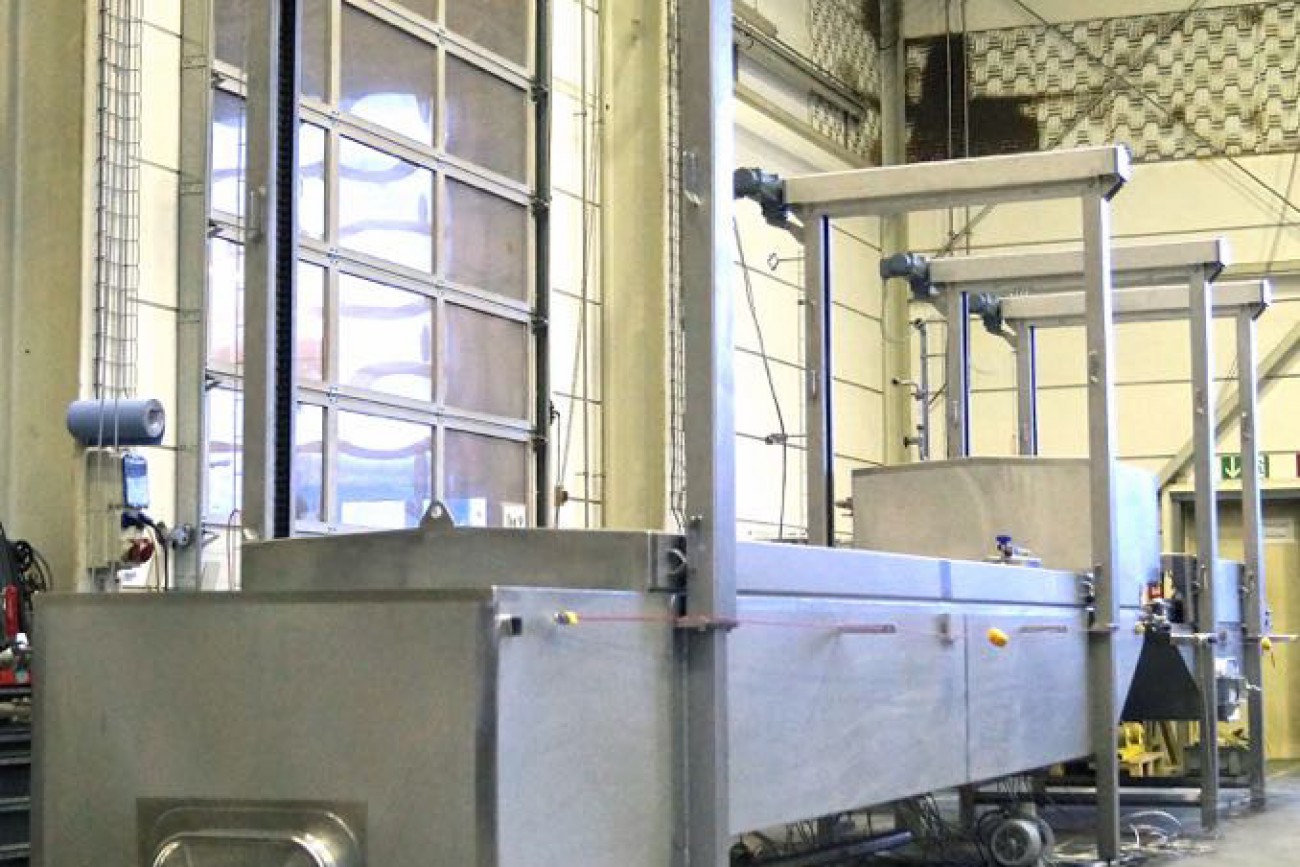 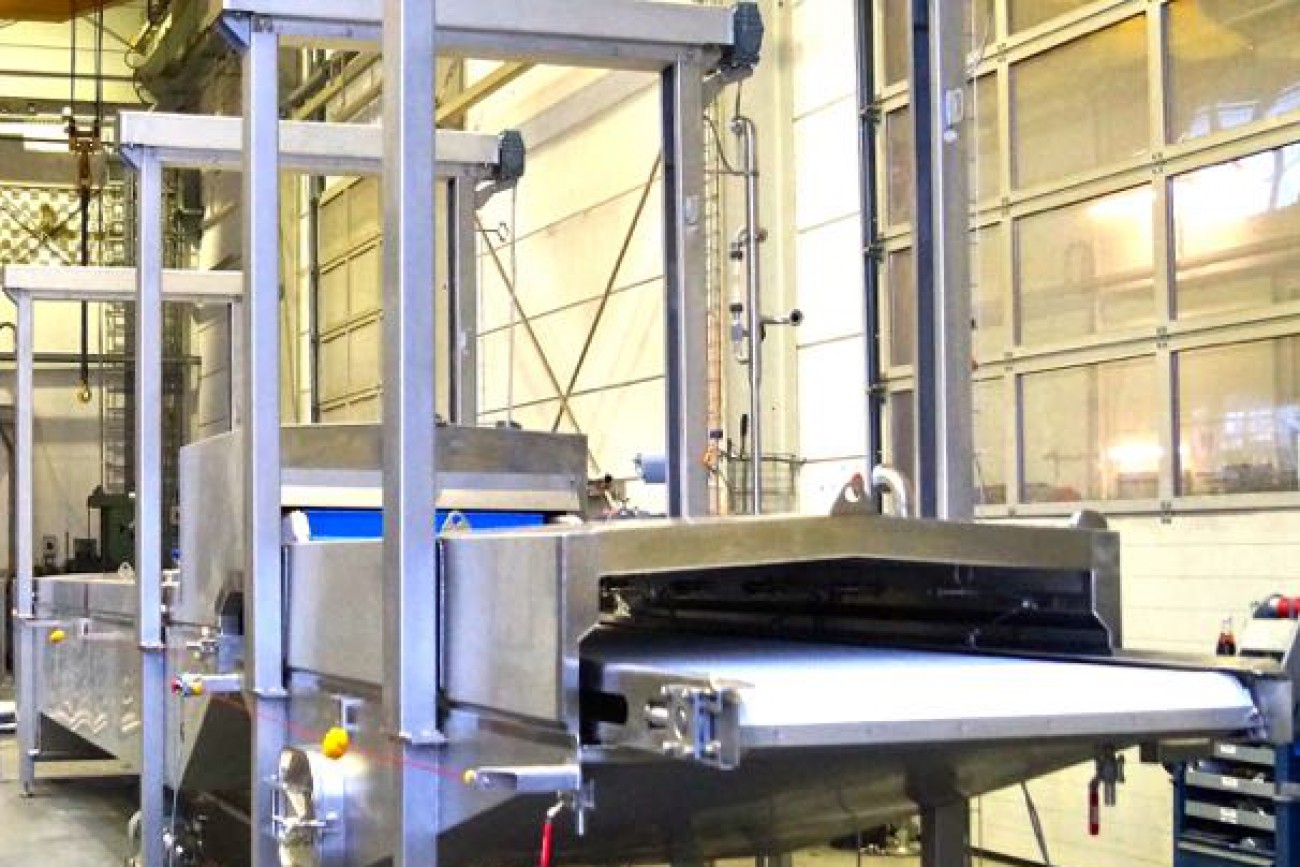